Sometimes the club focuses on one or more projects both locally and internationally. Currently we are collaborating with the Gozo Branch of the English Speaking Union as well as participating in Rotary International's "End Polio Now" campaign.

Over the last year members of the club have been working alongside English Speaking Union members in support of a number of linked projects aimed at improving young people’s spoken English. Working in Schools there is focus on public speaking, although some of the effort also goes to polishing conversational English with students of the Bishop’s Conservatory School.

A public speaking competition and a summer school are planned annually, and there is also a focus on working with young children in the secondary school in Victoria. It is hoped that the students will be able to speak as naturally as possible in front of others without too much formality after just a few sessions.

Open a description of the lessons » 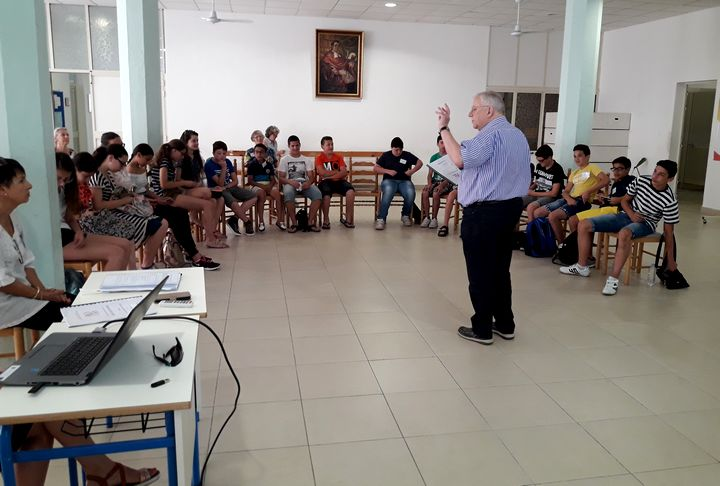 The Rotary Foundation has raised nearly $1 billion since 1979 to help eradicate polio worldwide, recently releasing another $34.8 million as part of the End Polio Now campaign.

Rotary Club Gozo provides an annual grant to the Rotary Foundation in support of this initiative.

Read more about this initiative »